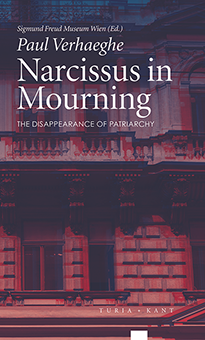 One way to understand a concept is to contrast it with its opposite. For the psychoanalyst Verhaeghe, narcissism is the counterpart of melancholia. Narcissism implies completeness and omnipotence. It harks back to the identification with the almighty mother. She is almighty because she can give what the child lacks. During the oedipal period, this identification disappears. Melancholia implies loss and helplessness.

The failure of the original fantasy of omnipotence is the inevitable failure of the father and the safety that he was meant to guarantee; there is in fact no final phallic guarantee whatever. Consequently, a typically neurotic reaction is the endless search for a substitute, creating a series of imaginary fathers. This leads to secondary narcissism and stays within the realm of phallic thinking.

We are accustomed to interpreting these ideas at the level of the individual – the child with his parents, the oedipus complex and so on. When Freud was writing his essays ‘On Narcissism’ and ‘Mourning and Melancholia’, the very same clash was happening on a global scale. Phallic narcissism was brutally shattered by the First World War, and a period of universal mourning followed – the mourning of the father, of The Father. In Verhaeghe’s view, this mourning announced the end of patriarchy, in other words, the end of traditional authority. This compels us to rethink the concept of authority as such.